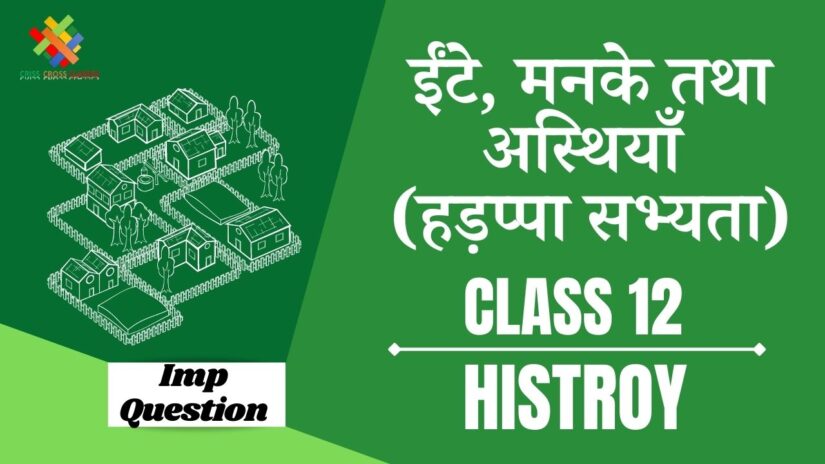 Q1. Which of the following name is appropriate, Indus valley civilization or Harappan Culture?

Q2. Which was the first site of the Indus valley civilization where this unique culture was discovered?

Q3. Where was evidence of ploughed field found in the Indus Valley Civilization?

Q4: Terracotta models of the plough have been found at which sites in Indus valley Civilization?

Q5. From which traces of canals have been found in Indus valley Civilization.

Q6. Where was water reserve found in Indus valley Civilization .

Q7. Name any two structures which were found in the Citadel?

1. The warehouse – in Harappa

2. The great bath – in Mohenjodaro

Q8. In Mesopotamians texts Dilmun Meluhha and Magan words are used for which centres?

Q9. The longest signs containing inscription contains how many signs?

Q10. Harappa Script was written from which side?

Ans: From Right to left.

Q11: Weights were usually made of which stone in Indus valley Civilization.

Q12. Weights were generally made in which form?

Ans: Cubical with No markings.

Q13.What was the type of the lower denomination of weights?

Q14: what was the type of the higher denominations of weights?

Q16: What was the time period of Cunningham’s main interest in history?

Q17: Who announced the discovery of a new civilization in the Indus valley?

Q.18. Who has written “The story of India Archaeology”

Q.19. Who was the first professional archaeologist to work in India?

Q.20. What was the new technique that was followed by R.E.M. Wheeler?

Ans: To Follow the stratigraphy of the round rather than digging horizontal lines.

Q.21 How did the Harappans obtain red colour of carnelian?

Ans: Harappans obtained red colour of carnelian by firing the yellowish raw material and beads at various stages of production.

Q.22 How do we know about the social differences among the Harappans?

Ans: By study of the structure of burials and things found from these burials. By classifying artifacts into useful and luxurious things.

Q.23 What were the animals of Harappans civilization?

Q.24 List the food items available to the people in Harappan civilization?

Q.25 Our Knowledge about the Indus Valley Civilization is poorer than that of other civilizations, why?

Q.26 List the raw material required for craft production in Indus Valley Civilization and how these might have been obtained?

(B)They might have sent expeditions to areas such as the Khetri region of Rajasthan (for copper) and south India (for gold).

Q.27 What was the confusion in the mind of Cunningham while studying Harappan Civilization?

Q.28 What were the differences in techniques adopted by Marshall and wheeler in studying Indus Valley Civilization.

Q.29 What were the features of settlements of pre- Harappa period?

Q.30. How you can say that the people of Mohenjodaro were concerned about their privacy?

Q.31. Mention any four items found in the graves of the Harappans?

Q.32. How you can say that there was a break between the early Harappan and the late Harappan Civilization?

Ans: There is evidence of large scale burning at some places or sites.

Q.33. Why is Harappan script considered an enigmatic script or mysterious script?

What are the main characteristics of Harappan Script?

Q.34. Write a note on the agriculture technology of Harappans?

Q.35. How can you say that the Harappan culture was an urban one?

Q.36. Write a note on the drainage system of Harappa?

Q.37. Discuss the functions that may have been performed by rulers in Harppan civilization?

Q 38- Write a short note on the seals of Indus valley people.

Q 39. What do you know about trade and commerce of Indus valley civilization?

Q 40- How did Harappan civilization come to an end?

Q 41:- What value do you attach to the work of Sir John Marshall in leaving India three thousand years older than he had found her?

Q.42: How do archaeologists reconstruct the past?

JOIN US on Telegram for Latest Updates